The Advisory board provides strategic advice to steer the development of PEDCO and our product Applied SAFe. We are proud to have such outstanding individuals to advise us! 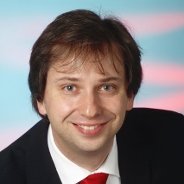 Dr. Wolfgang Brandhuber is a long year and experienced consultant and coach in agile and complex environments at Accenture. Known thru-out Europe he consults top leading companies in their journeys towards scaled agility. Dr. Brandhuber is also a trainer for SAFe and holds regular classes in the field of agile methods and its application.

Dr. Brandhuber has been working as a management consultant for nearly 12 years, almost ten of which have been in agile projects. He was an agile project manager, developer, product owner, scrum master, and chief scrum master in many different companies and corporate cultures. His great passion is team play, whether in sports, in music, or in day-to-day projects.

Management and Executive Coach & Trainer with over 25+ years’ experience in agile development. Ken helps large-scale organizations adopt iterative and incremental development practices such as Agile & SAFe. He fosters constructive culture change and leadership enablement and is focused on evolving Portfolio and Program Management & Governance processes. Much of his career has been spent directly coaching Agile teams and their management chain on how to drive the change necessary to become successful at the enterprise level. As Vice President of Scaled Agility and SAFe Fellow, Ken helps develop and implement corporate strategy, provides executive-level coaching for clients, and works with his team to ensure overall Client Success.

He has 30 years of industry experience with 20 years in traditional IT global delivery in large-scale portfolios from coder to executive roles and 10 years in consulting dedicated to business agility. He has worked in many industries including Global Resources/Energy, Telecom, Financial Services, Retail, Supply Chain Services and Health Care.

Scott is also an Advisory Board member at Univ. of Texas at Dallas (Center for Intelligent Supply Networks) and speaks locally and globally on Business Agility, Transformation Services, and Lean-Agile Best Practice.  Scott holds a degree in Music and a Master’s of Science in Total Quality Management (TQM). 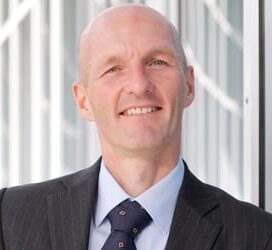 For more than 20 years, Rainer Grau has accompanied companies on their agile path in their quest to continuously develop organizations and create sustainable value for customers and employees. His work is based on Lean Startup principles, Business Agility approaches and Lean Leadership. Before he joined pragmatic solutions gmbh, he was director and partner of Zühlke responsible for the consultancy services related to Agility, Lean Management, Requirements Engineering, and Product Management. Rainer was the driving force to transform Digitec Galaxus completely and very successfully toward scaled agility and is now one of the landmarks in applied scaled agility in Europe. The business grows steadily each year. Rainer publishes regularly about their experience in his well-known blog: http://rainergrau.com. 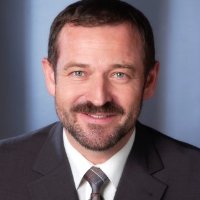 CEO and Owner at:

In addition, Prof. Hindel is a Lecturer for Software Engineering at the University of Erlangen and the University of Augsburg. Bernd Hindel is the founder of the ASQF e.V. (Association for Software Quality and Training). He was President of the ASQF from 1996 to 2007. Prof. Hindel is the founder of iNTACS e.V. (international Assessor Certification Scheme for SPICE Assessors). He was President of iNTACS from 2003 to 2005. As a member of DIN Institute, Prof. Hindel was the chairman for Software and System-Engineering Standards and the head of the German Delegation to ISO/IEC JTC1 SC7. From 2006 to 2009 he was the German representative at the Working Group responsible for the definition of SPICE (ISO/IEC 15504). Prof. Hindel has been Keynote Speaker and/or Organizing Chair of many international Conferences on Software Quality, including the “World Congress on Software Quality”, Munich, 2005 and Shanghai, 2011. Prof. Hindel published numerous papers and books on software engineering. 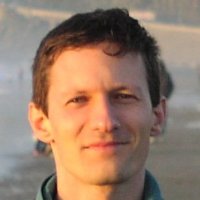 Dr. Jochen Jäger graduated from the University of Washington, Seattle in computer science in 2002 and obtained a PhD in computational molecular biology from the FU Berlin and the Max Planck Institute for Molecular Genetics, Berlin in 2006. He has more than fifteen years experience in the medical device industry and currently supports IT and pre/post-analytical devices as a quality functional lead.

Dr. Jäger is also a co-author of the ‘Technical Information Report’ TIR45 with the title ‘Guidance on the use of AGILE practices in the development of medical device software’. The paper is published by AAMI (Association for the Advancement of Medical Instrumentation) see more:
https://www.pedco.eu/2.0/tir45-agile-in-medical 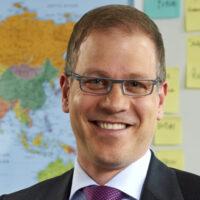 Michael Stump is a SAFe Fellow and a SAFe Program Consultant Trainer (SPCT) for SAFe®, the Scaled Agile Framework®. He is a Lean-Agile Leader and mentor to executives on state-of-the-art SAFe practices in and beyond the software industry. His consulting and management experience enables him to lead, manage, and advise companies through great organizational change. As an advisory board member to technology companies, his specialty is Lean and Agile transitions within highly distributed, multi-cultural enterprises.

Mr. Stump has been involved for many years in the development of Applied SAFe® in his role as product owner for the SAFe-Part of our implementation of the Scaled Agile Framework® (SAFe®)

Michael is also a passionate helicopter pilot. A Zurich, Switzerland native, he regularly travels the globe and currently lives in New York City.